To capture the spirit and essence of Piltover & Zaun for Riot x Netflix's smash-hit series 'Arcane', we worked hand-in-glove with Riot's internal teams and helped develop a cohesive and detailed UI system for the PC launcher experience & social campaign.

Alongside a robust team at ThinkingBox and Riot Global Publishing, I directed & co-designed core elements of the UI system that were used across the entire ecosystem of Riot products/campaigns. 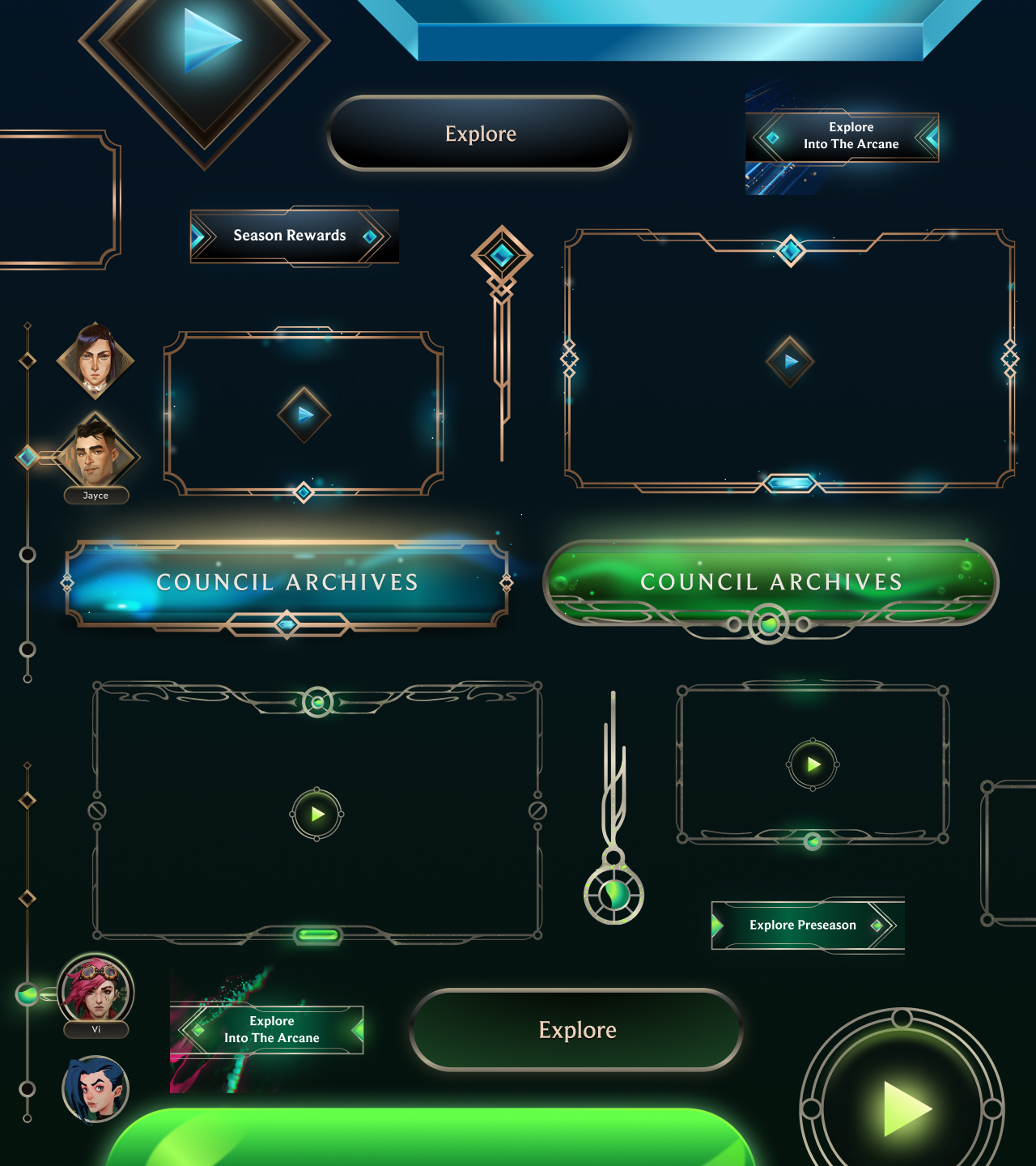 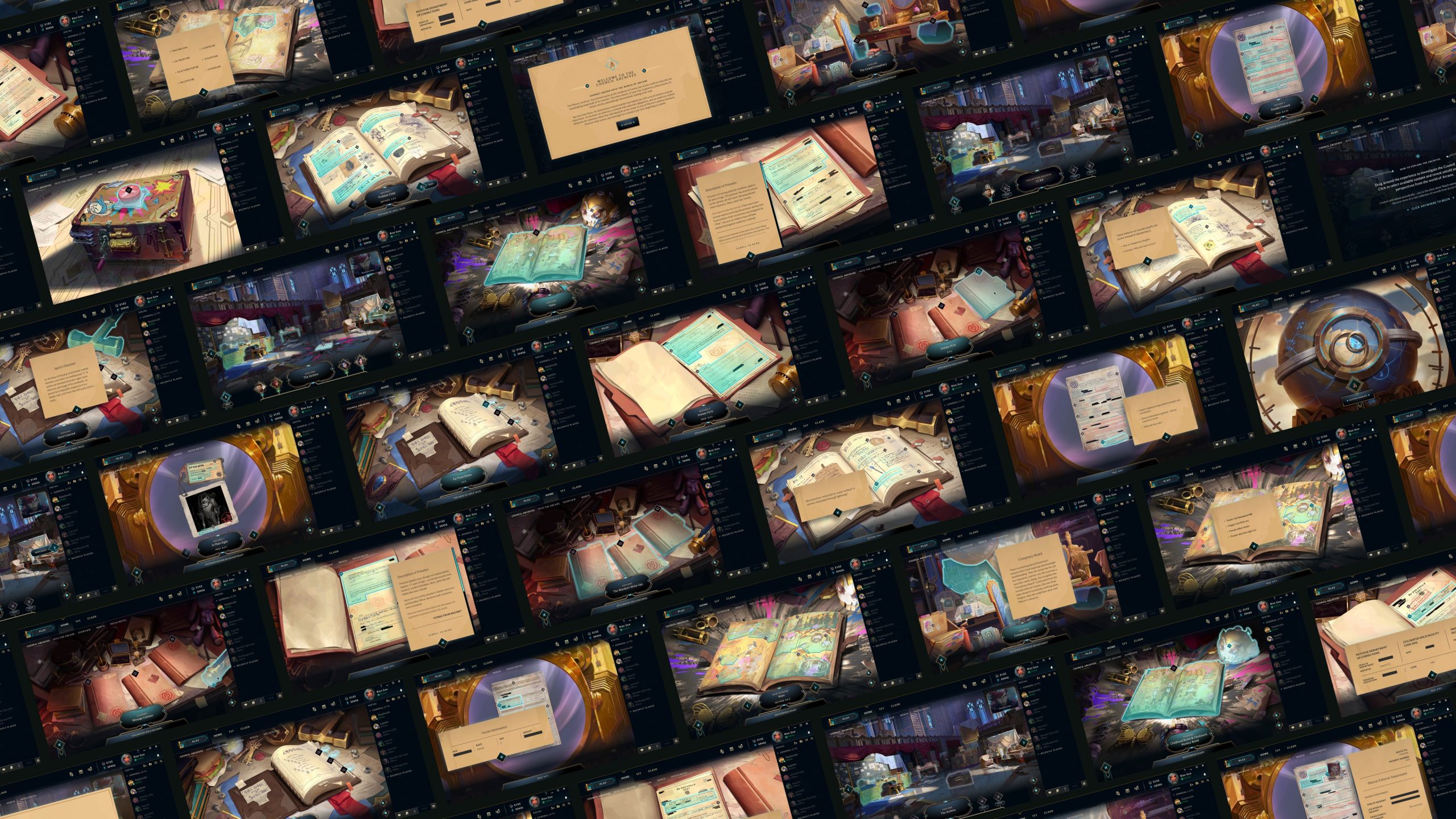 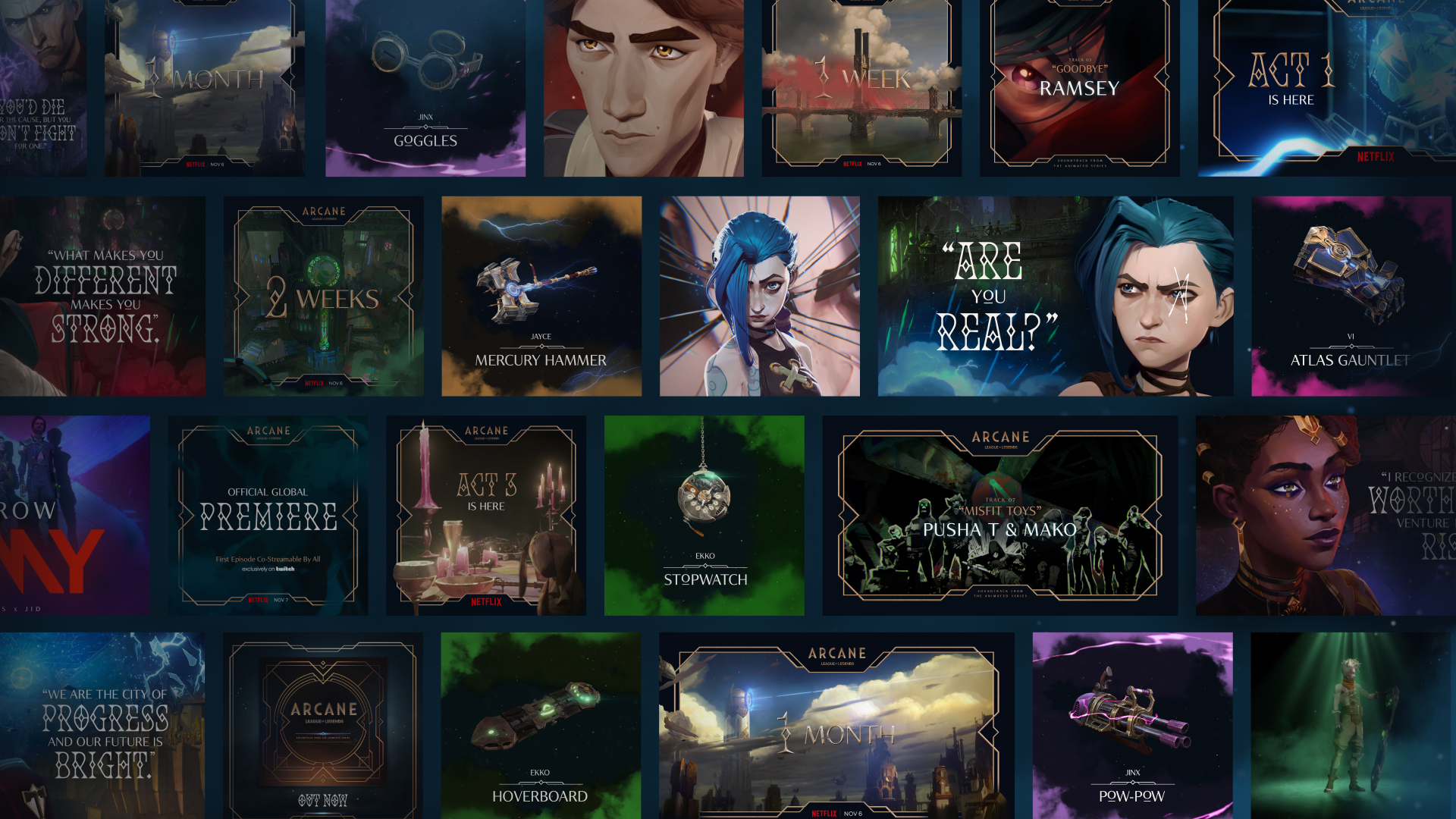